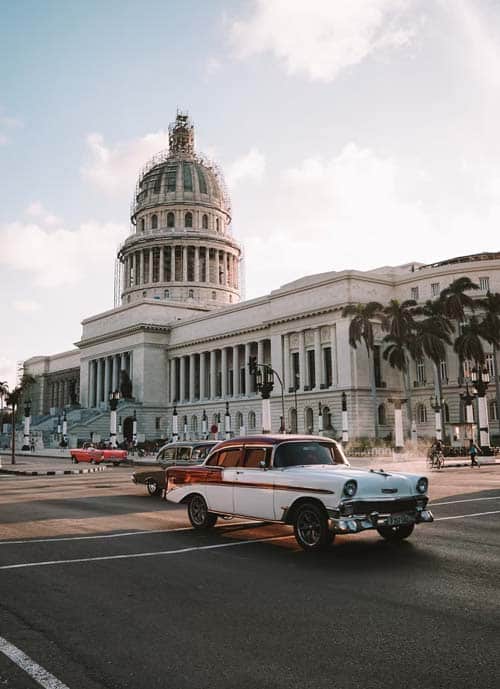 Havana Capital of Cuba Havana is the capital of Cuba. The core of Old Havana includes the Castillo de la Real Fuerza, a fort and maritime museum. The National Capitol building built in the 1920s. In Old Havana is the baroque Cathedral of San Cristóbal de la Habana and the Old Square, whose buildings reflect the wonderful architecture of the city.. Along the bay is the boardwalk of the Malecon and the castles of Morro and Cabaña which in their creation defended Havana from Corsairs and Pirataslas. Just east of Havana in San Francisco de Paula is Finca Vigia, the former home of writer Ernest Hemingway (now converted into a museum).